Internationally renowned artist, Christian Furr has turned his focus away from traditional portraits, and towards the strange beauty of the humble cheese.

The new collection, entitled ‘The Humble Cheese’ opened on Friday 29 April 2016, at the Knight Webb Gallery, 54 Atlantic Rd, Brixton, SW9 8PZ and will be on display until Friday June 24 2016. 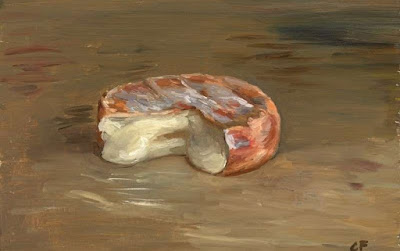 Christian Furr, who was notably the youngest artist to be commissioned to paint an official portrait of Queen Elizabeth II, was inspired to begin this collection after painting a half bottle of gone off milk that was on a window ledge, in front of a beautiful decaying period 40’s wallpaper in his Acme studio in 1992.
The artist has since painted hundreds of ‘grandmaster’ cheeses of Great Britain and France including a Neufchatel which has been bought, prior to the show’s opening, by title designer of the James Bond films, Daniel Kleinman.

Christian has also enjoyed combining the slow artisan food with fast and famous processed cheeses like the well-loved Primula, Dairylea and Babybel, the latter of which has already been bought by fellow artist and wife of comedian Harry Hill, Magda Archer.

The cheese has become the artist’s metaphor for simplicity, tradition and artisan dedication and Christian’s talent captures the uniqueness of each cheese in every skilful brush stroke. 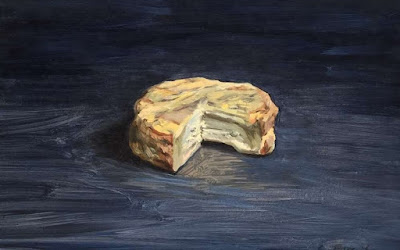 Partnering the launch of the collection is Le Grand Noir, the winery of critically acclaimed wine correspondent, Robert Joseph and London-based cheese shop, La Fromagerie, where Christian’s double portrait hangs on display in their Marylebone outlet.
Speaking about the new Humble Cheese collection Christian said, “As an artist I have a passion for food and wine, as well as art. A good cheese is a pleasure to look at as well as to eat.

“The only difficulty I face in capturing a cheese is that if it’s a soft one, it begins to melt. This forces me to work quickly to capture the moment.”

Christian doesn’t believe cheese is an unusual subject matter to capture, explaining “I am inspired by lots of things in life as an artist and I believe that there should be no boundaries to what you turn your attention to.

“When I paint cheeses I find out about them too. I am interested in their strange beauty. They have so many hues and colour notes, from rose to burnt orange, I want to capture them all. 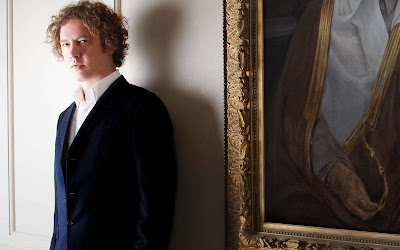 “I hope that The Humble Cheese collection will show people the strange beauty of cheese, and how each one has its own individual skin, veins, aroma and character.”

The Humble Cheese collection by Christian Furr will be on display until Friday Juen 24 2016 at Knight Webb Gallery, 54 Atlantic Road, Brixton, SW9 8PZ.

For more information or for any high resolution images of Christian’s paintings please contact:

Christian Furr won recognition of his enormous talent early in his career. At just 28 he was the youngest artist commissioned to paint an official portrait of Queen Elizabeth II, personally selected from among dozens of other painters. As is typical of Christian’s style, he approached the project with a unique point of view, showing both the regal and human qualities of Her Majesty.

During his early career, Furr followed the strong tradition of representation in British modern and contemporary art throughout his oeuvre. Today Christian focuses on keeping oil paint a fresh contemporary medium, and is continually interested in experimentation and exploration of new concepts. Christian examines everyday objects and human emotional connections with equal interest.

Selected collections include HRH Duke of Edinburgh, Blenheim Palace, The Ritz London, Leicester University, The Royal College of Psychiatrists, Britvic and The Institution of Civil Engineers.