A combination of Eastern beauty and British engineering 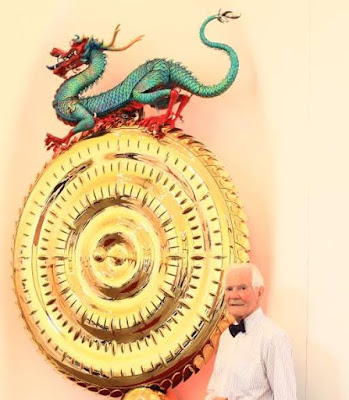 Dr Taylor recently attended the London launch of Design Shanghai and received a huge amount of interest in the Chronophage. The film from the event can be found here: http://bit.ly/1zctP0h

An extended version can be found here: http://bit.ly/1zctTNG

Created in tandem with Professor Long of the Hangzhou Art University, the Chronophage is a colourful, friendly and playful dragon which engages admirers with a selection of winks and waves.

Speaking about the design of the Chronophage, Isle of Man-based Dr Taylor said, “Being an inventor, you never want to do anything that anybody has done before, so it was necessary to find a new way of telling time.


“When you are approaching eighty, time isn’t on your side and I thought it would be fun to have a Chronophage which would eat the minute and you could never get it back.” 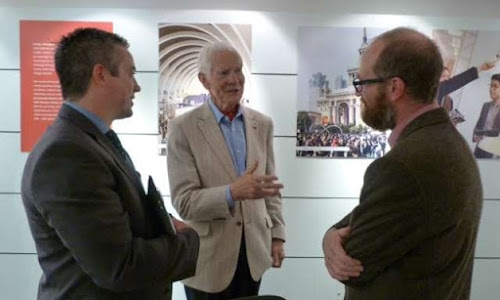 It is a mechanical clock that reveals a new and unique way of showing time. Through the use of concentric circles the seconds, minutes and hours are shown in a way that’s never been seen before.

A feature that is unique to the Dragon Chronophage is the appearance of a single pearl at the top of every hour which is then ‘swallowed’ by the dragon. 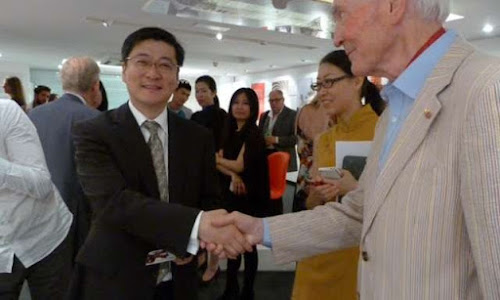 After making his name designing patented bi-metal temperature controls for household appliances, it was Dr Taylor’s love of horology that inspired him to create the Chronophage.

Dr John C Taylor OBE was born in Buxton in Derbyshire in 1936. Having spent six years living in Canada during his childhood, he returned home at the end of the Second World War and attended King William School on the Isle of Man before studying Natural Sciences at Cambridge University.

After finishing his education he took a job at Otter Controls, run by his father, and started working in bi-metal. His work with these controls led to Dr Taylor designing the thermostat systems that are used in almost two billion kettles and small household appliances.

Dr Taylor has also conducted a lot of research in the subject of horology. His admiration of John Harrison, an early pioneer of clocks and time-keeping, led him to design and help build the Corpus Chronophage, a metre-high clock that lives in the Corpus Christi College building at Cambridge University.

In his spare time, Dr Taylor also has a keen interest in aviation, having been a private pilot for over sixty years. Taught by his father as a child, he has so far amassed over 5,000 hours of flying time. He has a small collection of private planes that he keeps near his home in Arragon Mooar on the Isle of Man.

In order to give something back to those who have helped him over the years, Dr Taylor is an active philanthropist, having donated to various worthy causes. In addition to investing one million pounds of his own money in the Chronophage, which he donated to the university, he also helped to fund the library in which the clock stands.