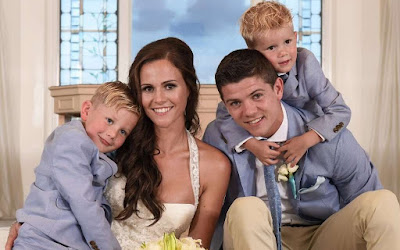 Hull born and bred Luke Campbell, although best known for his victory in the 2012 London Olympic Games, has carved a successful career in both amateur and, since 2013, professional boxing.

He achieved his first Amateur Boxing Association title in 2007 and in 2008 he became the first English boxer to win European Gold since 1961. He was the first British Olympic bantamweight champion for over a hundred years.

Since turning professional, he has won all 12 of his fights, ending ten with knockouts.

Luke and Lynsey Campbell were married in Florida in August. They live in Hessle, near Hull, and are now available for photoshoots with their two sons, Leo, aged five, and Lincoln, who will be three on the first of December.

Lynsey Campbell (née Kraanen) was first spotted as a model at the age of 17, and has been working in the industry ever since.

Luke Campbell said, “Lynsey and I have experience in modelling, and now that Leo and Lincoln are a little older we thought it would be a great time to get into modelling as a family.

“MOT Models was the obvious choice because of the nurturing atmosphere and the incredible level of experience within the team. We’re really looking forward to getting started!”

Alison Griffin, a Director of MOT Models, said, “It’s great to have Luke Campbell’s family on board. This genuinely athletic and fitness-focused family will be in massive demand for campaigns leading up to the 2016 Olympic Games in Rio de Janeiro.

“Luke’s win in London made him an Olympic icon, and we’re sure he and his family will be a popular choice for family brands over the next year.” 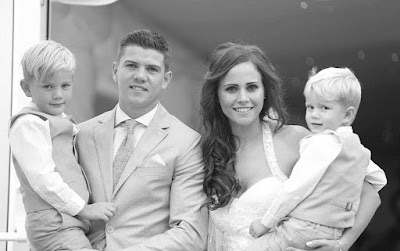 The agency, which was founded in 1985, prides itself on its strong, positive, nurturing relationships with both models and advertising clients. They typically serve the commercial market, namely high profile campaigns for brands including Axe (Lynx), Body Shop, Esprit, Galaxy, Samsung, Seksy and Vertu.

Luke’s next big fight will take place on Saturday December 12 2015 at the O2, London, and his opponent will be announced very soon. He is already being asked about the 2016 Rio Olympics, where he would like to work as a commentator.